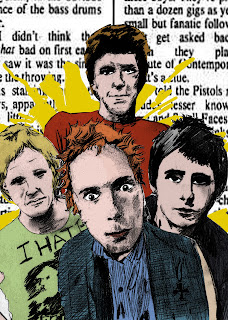 I'll be putting up Postcards and Greetings Cards  on Etsy for now . They will feature some scenes from past Cartoons/Animation . As well as brand new illustrations available as a Greetings Card or Postcard I'm also open to print a few on request from any Video / Animation that i've done in the past.  I'll put up a kick Ass trailer on YouTube for the cards soon .

Ramones Cartoon No 7: Sheena Is A Punk Rocker 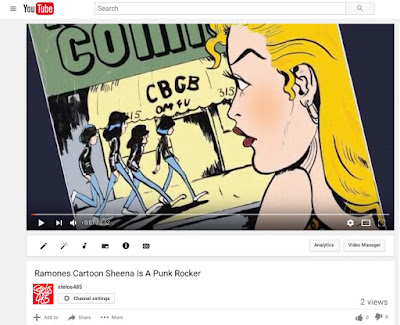 This is the 7th and proabably final Ramones cartoon. Its based on the song of course and the Sheena comic, though i think the song itself was more likely inspired by the 50's TV series Sheena Queen Of The Jungle.
Its also a tribute to 70's animation that I liked.A Facebook comment that my animation was terrible and worse than 80's Animation made me laugh. As long as it's entertaining somebody while they're watching it . That's all that matters to me.

The video has been uploaded on to youtube . But as per restrictions its blocked from public view.If id got it finished  3 - 4 years prior it may have made it on there without the block.
Update: since it was originally uploaded to YouTube the block has been lifted (for now) and free to view. And it’s got over 40’000 views .

These books were my main source material as well as studying lots of photography of 70's NYC
Backgrounds: Pen and watercolor ink wash for that 70's…
Post a comment
Read more 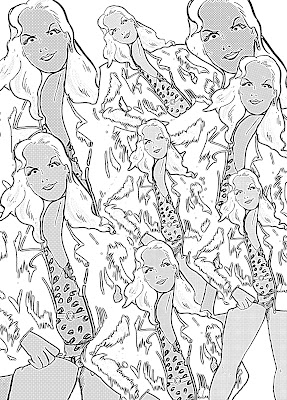 And hoping to complete the final (well for now) Ramones Cartoon . Mainly because i want to see it completed. Crazy amount of work for one person to undertake . Any future undertakings will hopefully mean more people to help me out . Above is just one image of many . And not sure if anyone still looks at this blog but between here and the Stelos485 Facebook page i'll try and put things up. If its your kinda thing spread the word . Or just stare at it briefly before clicking on that Skateboarding Kitten Youtube Vid .
Post a comment
Read more 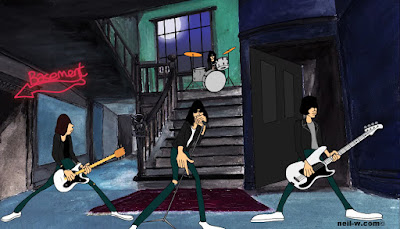 Finally managed to get this one up. It replaces the one that was taken down. "Ramones Cartoon I Dot Wanna Go Down To The Basement"
Audio used for the newer version is The Demo of that particular track. As far as i know it was never officially released on any official recording.
This was the first thing i did. I liked the idea of those old 50's horror comics. This was printed on newsprint paper. Its been weather'd and left out in the sun  it bit for that aging effect. Its one of the many things i couldnt squeeeze into the actual video .

A few gags bit the dust to fit everything in . This is one of them . Maybe an excuse to make a different edit made up of lost scenes. Always loved those creepy cartoons from the 30's and 40's particularly Disney's Mickey Mouse short Lonesome Ghosts and The Fleischer Titles . Popeye and Betty Boop stuff. So Less Hanna Barbera Scooby Doo more
Fleischer, Disney. That was the inspiration.
Sabrina The Teenage Witch was in the o…
Post a comment
Read more 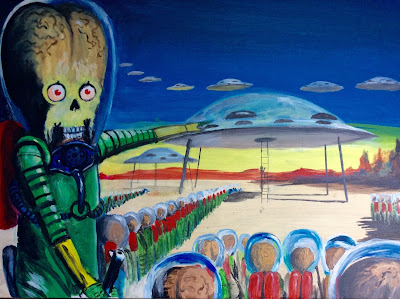 I painted this in Acrylic on canvas. A recreation of the original Mars Attacks Art for the Topps  bubblegum cards, painted by Norman Saunders. Always loved that first Card -  "The Invasion Begins"
Post a comment
Read more 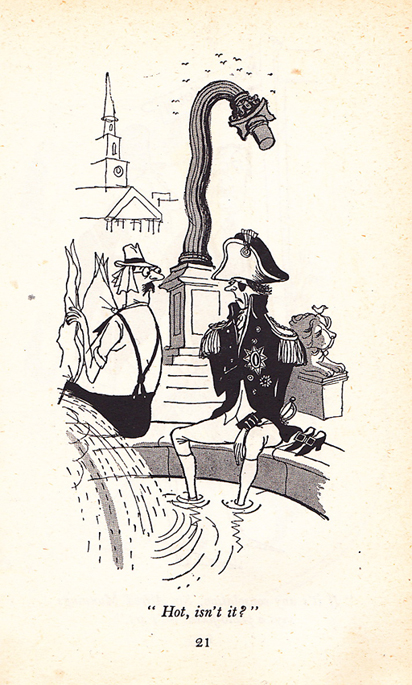 Currently in London it's topping 90 F . Excuse enough to put Ronald Searle's illustration of London in the heat.
Post a comment
Read more